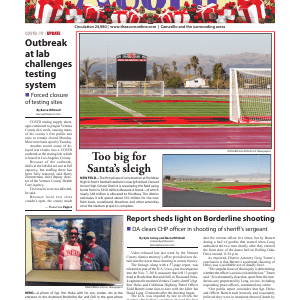 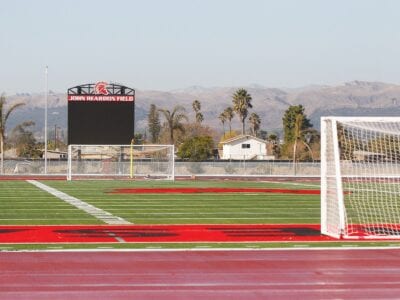 Too big for Santa’s sleigh

NEW FIELD—The first phase of construction at Rio Mesa High School’s football stadium is nearly finished. Oxnard Union High School District is revamping the field using funds from its $350-million Measure A bond—of which nearly $48 million is allocated to Rio Mesa. The district estimates it will spend about $10 million for the new field, track, scoreboard, bleachers and other […]

COVID testing supply shortages continued to plague Ventura County this week, causing many of the county’s free public test sites to remain closed Monday. Most were back open by Tuesday. Another recent cause of delayed test results was a COVID outbreak at the testing lab, which is based in Los Angeles County. Because of the outbreak, shifts at the lab […] 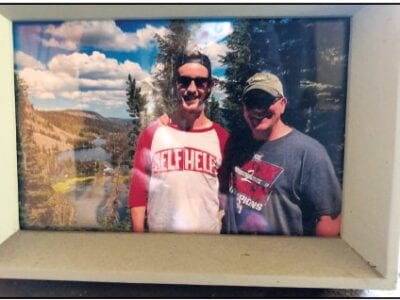 Video released late last week by the Ventura County district attorney’s office provided new details into the worst mass shooting in county history. The footage, along with a 57-page report, was released as part of the D.A.’s two-year investigation into the Nov. 7, 2018, massacre that left 13 people dead at Borderline Bar and Grill in Thousand Oaks. It captures […] 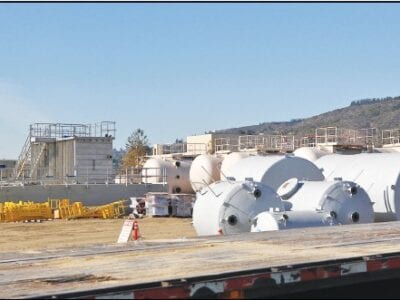 After an 18-month application process, Camarillo’s $66.3-million North Pleasant Valley Groundwater Desalter Facility is on track to receive an additional $6.4 million in federal funds, city officials said. They applied for the grant in 2019. The city also received $5 million in federal money over the summer. The project was approved by the U.S. Department of the Interior’s Bureau of […]

Seventy-six low-level offenders were released from Ventura County jails this week in an effort to reduce the spread of COVID-19 within the facilities. On Wednesday, Ventura County Sheriff’s Capt. Eric Buschow said a recent outbreak at the jails resulted in 28 inmates and five staff members testing positive for the virus. Those numbers differ from the 45 inmates and three […] 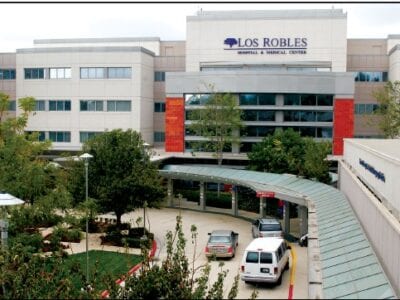 The union representing nurses and licensed healthcare professionals at Los Robles Regional Medical Center and two other Southern California hospitals owned by HCA Healthcare reached a contract deal Saturday, five days after the union voted to authorize a 10-day strike that would have started Dec. 24. Los Robles released a statement the evening of Dec. 19 announcing the compromise, which […]

Wearing us down during the holidays

We looked everywhere and we can’t find it. The receipt to return 2020 must have gotten tossed with the wrapping paper. It’s like an ugly sweater that’s two sizes too big, and we can say without hesitation that we didn’t ask for it. We certainly don’t want to keep it, but someone cut off all the tags. Customer service has […]

There is no task more crucial during this 2020 holiday season than your help in fighting a worsening health emergency. We extend our deepest sympathy to those who have already fallen ill, lost loved ones and suffered on so many levels from this pandemic. And, with the holidays upon us, we are facing a situation that is expected to get […]

Breaking from tradition is poor form

The selection of the mayor of Camarillo was designed to be a ceremonial position by the founding council 56 years ago. The recent break from tradition by three council members is very disappointing. Clearly all five council members are capable of doing an excellent job as mayor. This action was meant to be punitive, embarrassing one council member in front […]