Mian says he has too much invested to not rebuild 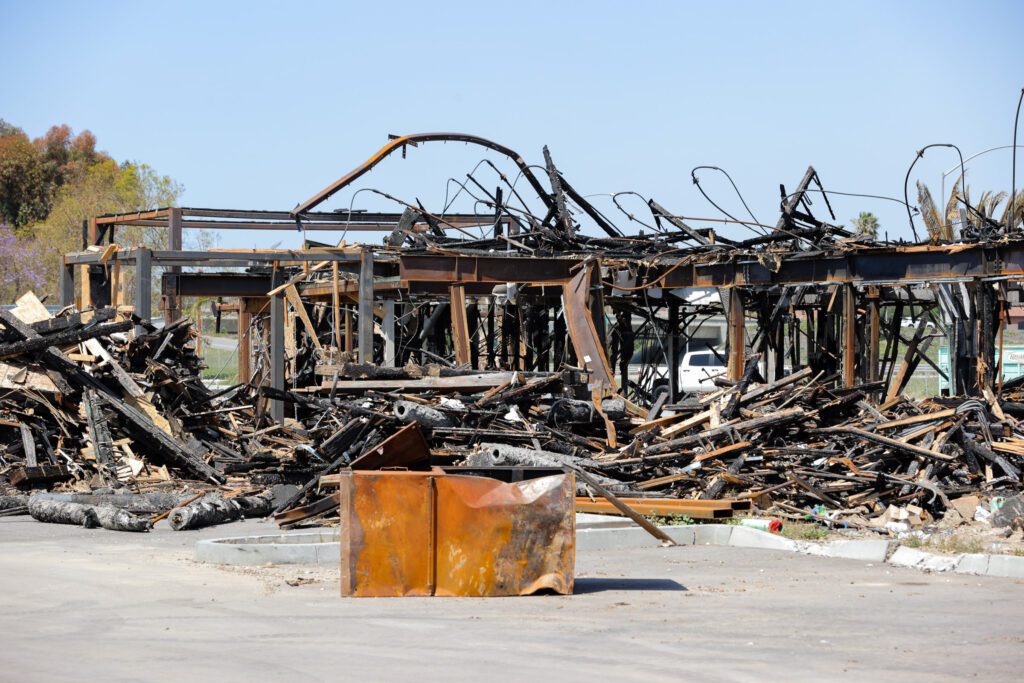 CLEANUP BEGINS—T.M. Mian, the owner of the Home2 Suites, said he does not believe the fire that destroyed the Camarillo hotel was arson. Photos by MICHAEL COONS/Acorn Newspapers

T.M. Mian, the owner of the Home2 Suites hotel that was destroyed in a fire last week, said he’s committed to not only rebuilding the hotel, which was under construction, but also building the neighboring Embassy Suites hotel as soon as possible.

“I have a lot of money invested, and the only way I’m going to get the return on my investment is to rebuild,” Mian told the Camarillo Acorn.

It’s still unknown what started the fire, which is under investigation by the Ventura County Fire Department.

A security guard at the construction site said a welder was the last to leave that day, Mian said.

No one was injured.

“That was the good news, if there was good news,” Mian said.

Mian bought the 14-acre property near Las Posas Road and Ventura Boulevard from the city for $5.4 million in 2018. Construction began on the hotel in summer 2019.

Mian said a phone call the evening of April 12 alerted him to the fire. He immediately drove from his Camarillo home to the site. By the time he arrived, flames had engulfed the structure.

“I never imagined it was going to be so bad,” he said. “I just sat there and looked at it. There was nothing I could do. I was so sorry to see it burned to the ground.”

Mian said he has been in communication with the Ventura County Fire Department as the investigation into the cause of the fire continues. He said arson investigators are interviewing contractors who have worked on the project.

Mian said he does not believe the fire was arson. He said he trusts the people he has chosen to build the hotel. 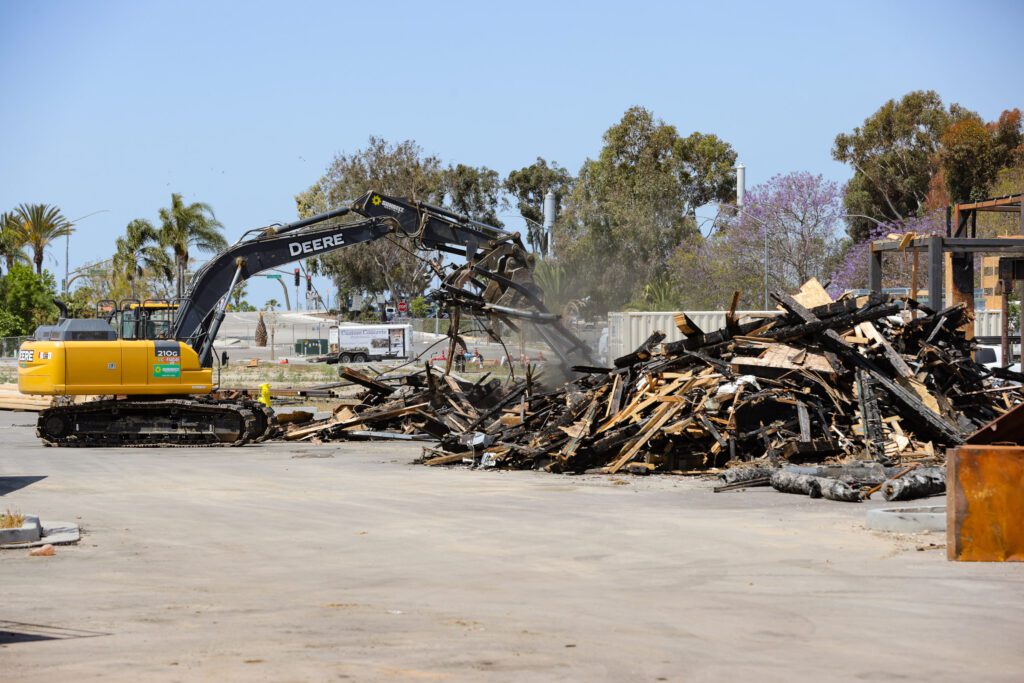 Crews use an excavator during the Home2 Suites hotel cleanup in Camarillo on April 20.

“ They look out for each other like a big family,” he said. “There is absolutely no friction.”

Mian said he planned to speak with city officials April 19 to request the permits to rebuild the Home2 Suites and begin the second phase of the $100-million Mian Plaza project, an Embassy Suites hotel, at the same time.

In February, Mian told the Acorn that he would not start construction on phase two until his dispute with city officials over an easement is settled. The easement allows an existing gas station and car wash to use a short portion of roadway he bought from the city, which Mian said he considered a liability.

Now, Mian said, the issue will hopefully be resolved, as the city is helping him communicate with the owner of the gas station.

“When two neighbors and a city all work together for the same goal, I believe they can achieve the objective,” Mian said. “I am positive that we will work it out and it will not hold up my permits any longer.”

Working on both phases of the project simultaneously, Mian said, makes it easier to complete construction.

Cleanup will continue next week as his team forms a game plan, he said.